The History of Sativa and Indica Strains

Understanding the difference between Sativa and Indica isn’t just helpful for identifying strains differentiation, but also is useful for finding the cannabis best suited for you. 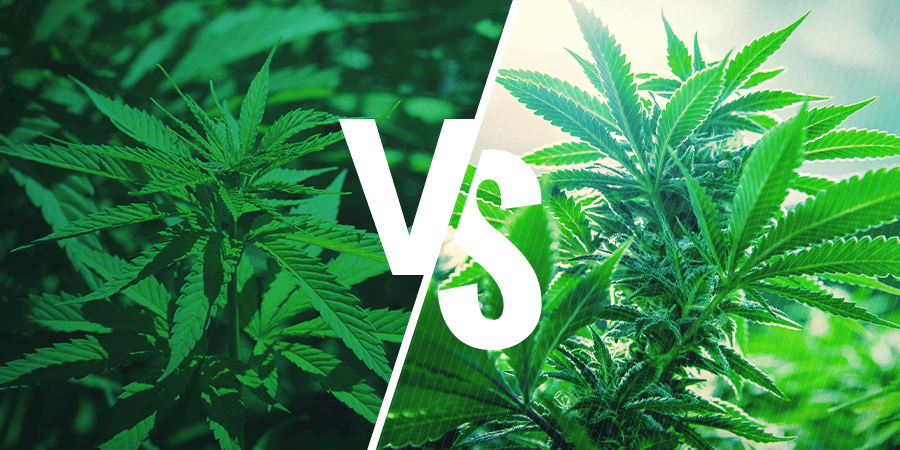 If you consume cannabis, you probably often hear the terms Sativa and Indica. Marijuana has a colorful history that has occasionally led to misconceptions around strain identity, and though these two words act as indicators for how cannabis is classified, it’s often more complex than that. But understanding the difference between Sativa and Indica isn’t just helpful for identifying strains differentiation, but also is useful for finding the cannabis best suited for you.

The History of Indica & Sativa ‍

The words Indica and Sativa originated in the 18th century to describe various species of hemp crops. During this period hemp was abundant and highly sought after in Europe for its fiber and seeds. Sativa plants were tall in stature, had narrow leaves and were better suited for warm climates with a long season. Indica was used to describe plants that were short in stature, had broad leaves, and excelled in colder climates with shorter seasons. The result of this agricultural phenomena solidified the use of such categorization for generations to come.

“The words Indica and Sativa originated in the 18th century to describe various species of hemp crops. During this period hemp was abundant and highly sought after in Europe.”

Siphoning cannabis into two categories risks simplifying the plants’ complexity. Nowadays, in fact, it can be difficult to sort strains simply as Sativa or Indica. Modern cannabis consists of complex genetic strains due to crossbreeding, and it is no longer easy to associate a flower with simply one identifier. In general, Sativa-dominant strains are known to provide a more energizing experience, and Indica-dominant strains have more relaxing effects and can be great if you are trying to experience a restful sleep or a night of Netflix binge-watching.

What really is the difference?

Indica and Sativa aren’t specific enough terms to identify each individual strain’s consistency, effects, and tastes. Though generalizations can be made, effects will vary between each plant regardless. Soil, genetics, watering, and trimming all contribute to the differentiation within flowers, and each varying strain offers a solution for your specific needs. Knowing the differences within each general category can help you find your ideal strain.

What makes a strain a Sativa or Indica?

Terpenes play a large role in whether a strain is classified as Sativa or Indica. For instance, Myrcene is known to have effects of relaxation, sleepiness, and pain relief. This terpene is found in all of In The Flow’s Indica-dominant strains in addition to parsley, hops, citrus, and eucalyptus. For In the Flow’s Sativa-dominant strains, one such terpene is Limonene, which is known to give cannabis consumers a boost to their immune system and help with acid reflux relief. Ultimately, terpenes play a significant factor in how we understand strain classification.

Optimize your enjoyment and get to know In The Flow’s strains here!

View All Posts
Do you have a question? Contact us now!

Thank you! Your submission has been received!
Oops! Something went wrong while submitting the form.